While I was talking to her, she stopped the conversation for a while. She was enjoying the Ultra Light Flight circling the Sarangkot Hill. Even though she have seen it hundred times before this, but it never makes her bored. Getting ready to get to school, this 10 year old girl is among the kids living at Sarangkot Hill with her parents running guest house business. Meet Suraksha, speaks fluent in English, I can’t speak well in english when I was at her age. She walks about 30 minutes to reach her school, and it took about 1 hour going back to the hill. 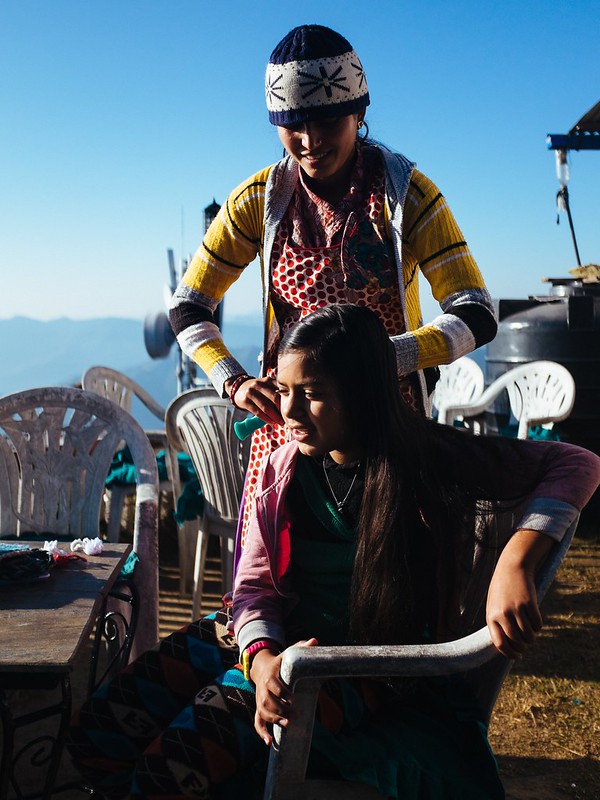 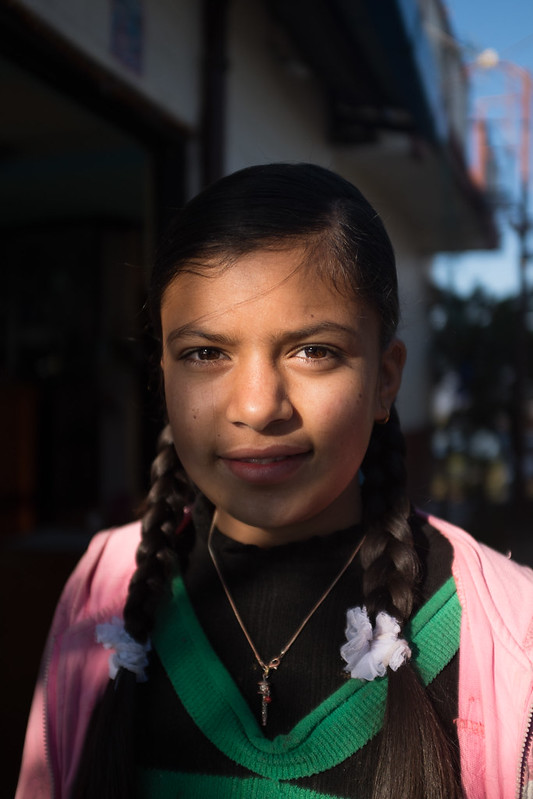 I met these gentlemen on our road trip from Kathmandu to Pokhara. It was just near the roadside where people stop for toilet, tea or just to have some fresh air near the Trisuli River. By the time I got out from the car, I knew that I want to photograph them. But I took my time building up some confidence for both of us. He thought I was attracted with the lady who was nearby making local delicacy, the Sel Roti. Made of rice flour, deep fried to make crispy outer but puffy inside. 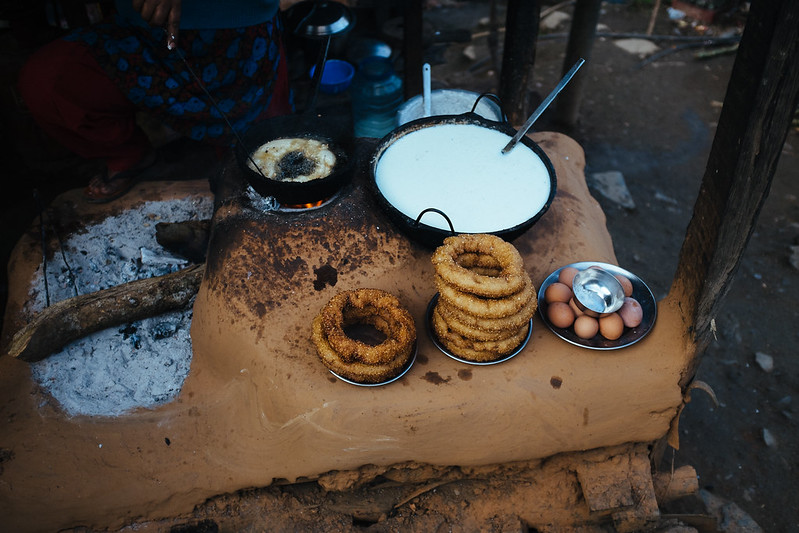 After spending few minutes photographing the lady and the food, I made my move to communicate with him. Mr. Dhurba, 36, is a lorry driver coming all the way from Kathmandu like us, heading further beyond Pokhara. I took a look at the lorry and quite surprise to find the interior look like you were sitting in our living room. It was well decorated. Accompanying with him is his assistance, Mr Raj, 51, who came to and join our conversation. After gained enough trust between us, I ask permission if I could take their portrait. Without hesitant they agreed to my request. 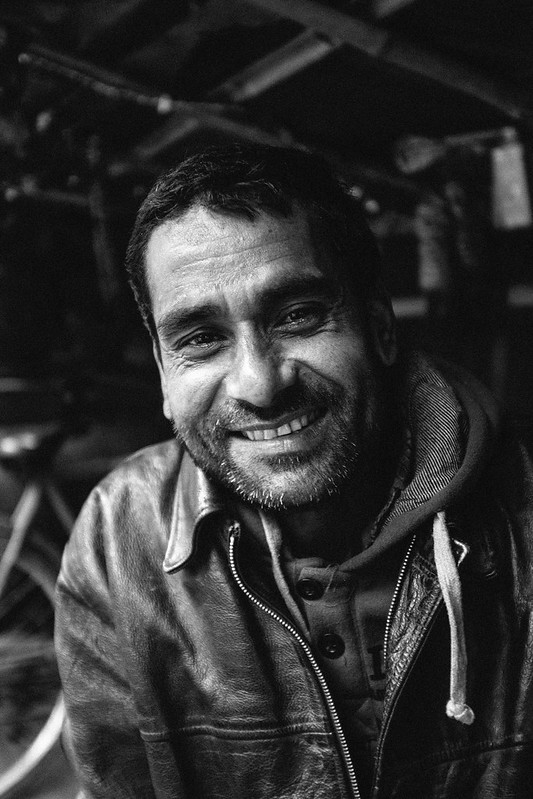 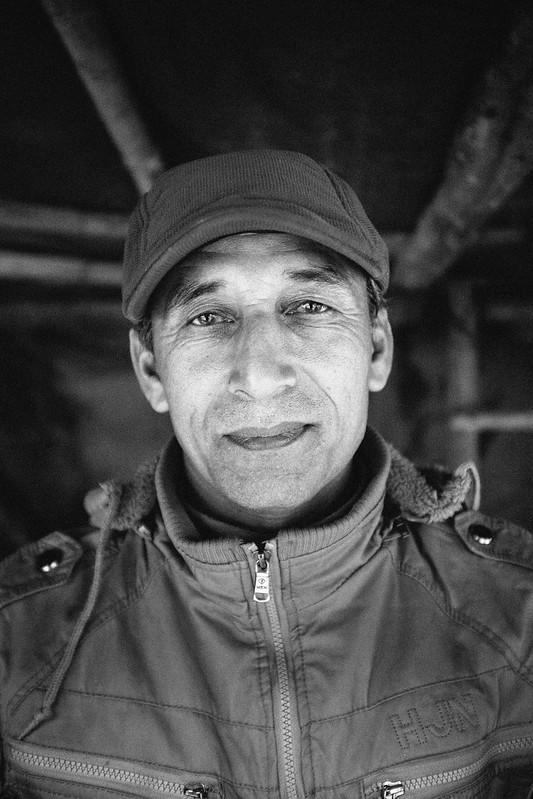 I was using Fujifilm X100S belong to a friend of mine during this trip. The classic appearance of the body makes other feel this was old camera and nothing serious about it, people feel more comfortable compared to the big black DSLR with its bulky lenses. Nowadays, people thinks that you make big money when you took photo with DSLR. I have been using Fujifim system more than 1 year and never thinking of turning back to other DSLR, this is there camera system that suits me well especially for travel.

The gondola lift transportation has always steal the eyes of its viewer who pass-by Cheres, Chitwan after about 104km journey from Kathmandu – Pokhara route. The Austria imported cable car system connecting between the Base Station (Cheres, Chitwant) to the Top Station (Manakamana, Gorkha). Here is the fees for the cable car.

At the top station, about 1302 above sea level lies the Mañanakamana Temple, a Hindu temple which pilgrimage bring goat to be sacrificed in a pavilion behind the temple. The name Manakamana originates from two words, “mana” meaning heart and “kamana” meaning wish.

As we walk around the village near the temple, we came across an elementary school slightly below the hill. There we found the Manakamana Hill Side Academy 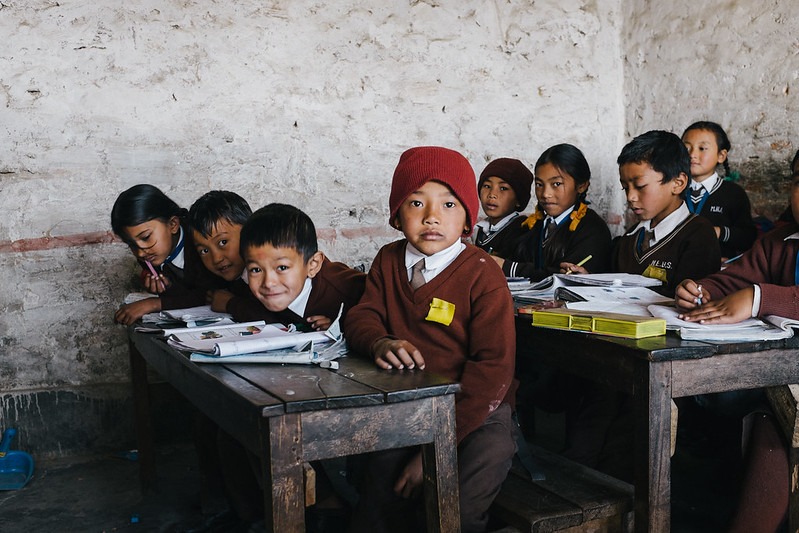 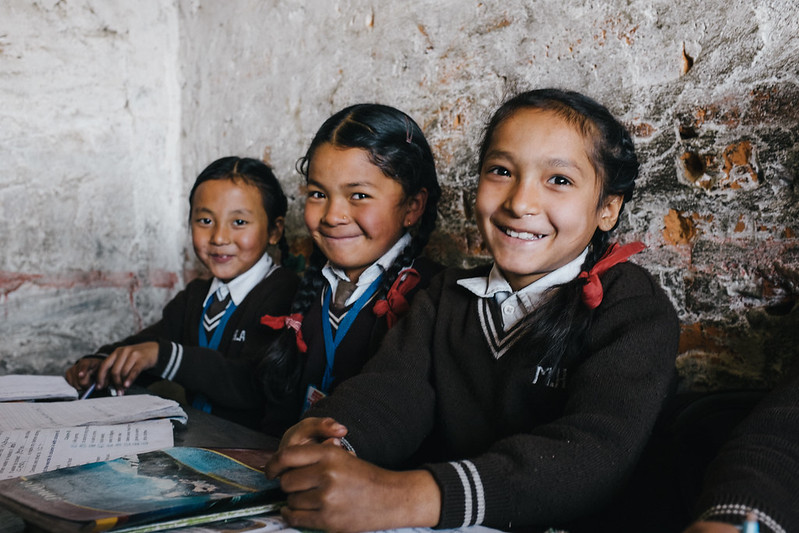 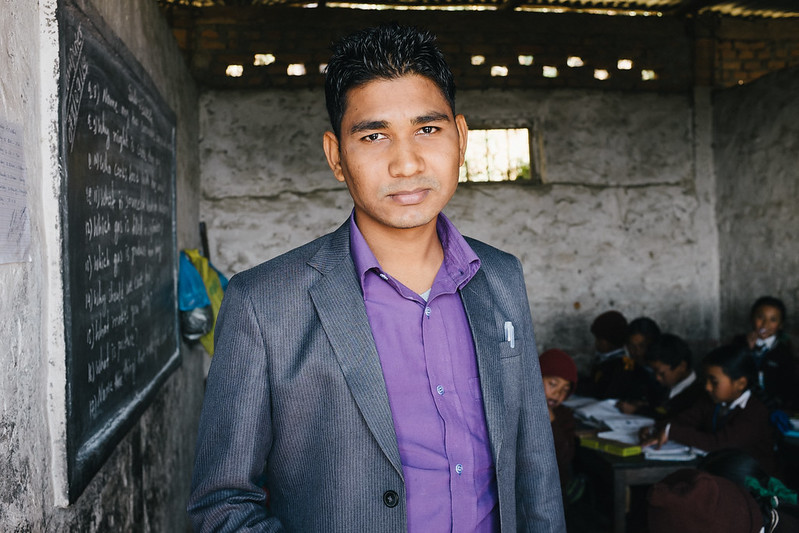 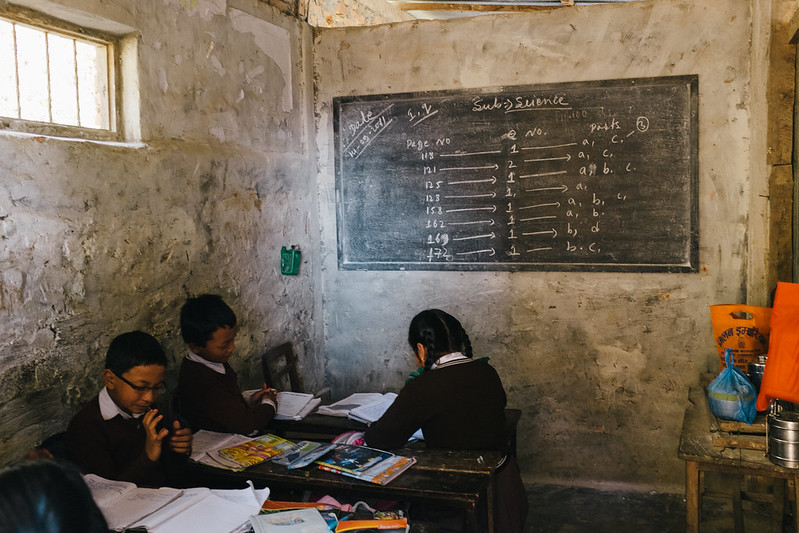 All image are taken with Fujifilm X100S (Silver).

The Musalman (Muslim) of Pokhara, Nepal

In Pokhara, we asked the guide to locate any mosque nearby the Lake Side instead of conducting City Tour in Pokhara. After about 30 minutes going around and asking local folks, we finally met Jame Masjid Aqsa at Pokhara-13, Miyapatan. The local muslim claimed that they have been here for 500 years. Almost 20 years ago, this place was very famous by the name Kundahar, but Kundahar is bigger than Miyapatan. According to the history, “Miya” is respective title of local mountainous Muslim given by other communities and “Patan” means the ground. We can easily guest the historical fact that Miyapatan means the land used by Muslim.

We can’t explore the mosque as there was on going renovation being held, several section of the mosque are closed due to that. 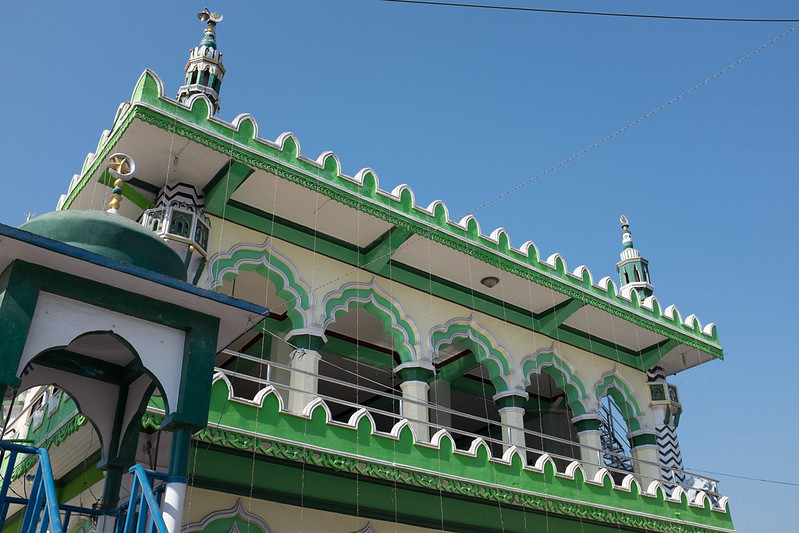 It was at this mosque I met a Muazin & Mr Mohamed Shafie, 81. 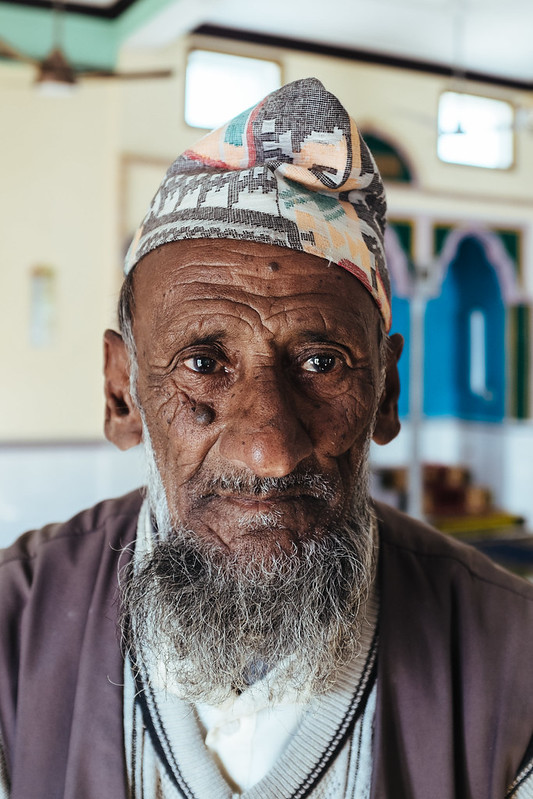 Mohamed Shafie, 81, a descendant of a Sheikh.

The Muazin however politely denied to be taken photograph when I asked. There’s no activity at the mosque at that moment but he mentioned that there is a Madrasa nearby which he volunteered to guide us to the Madrasa. 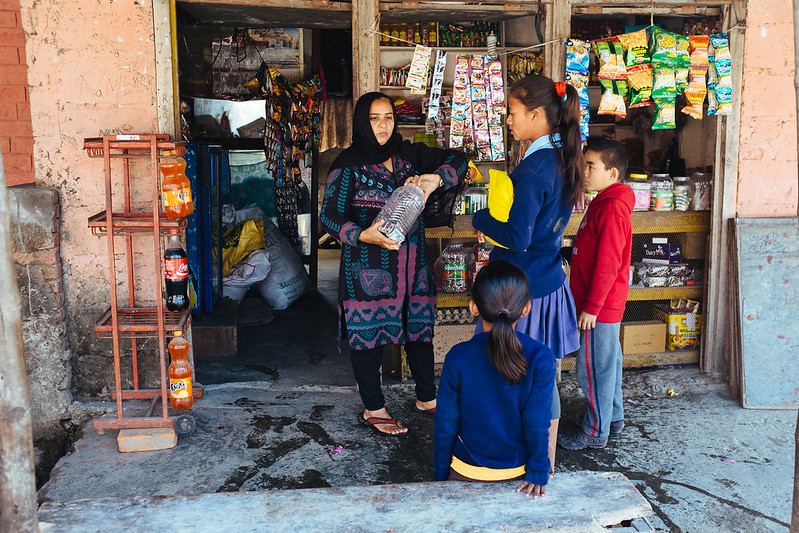 Local Canteen outside the Jame Mosque 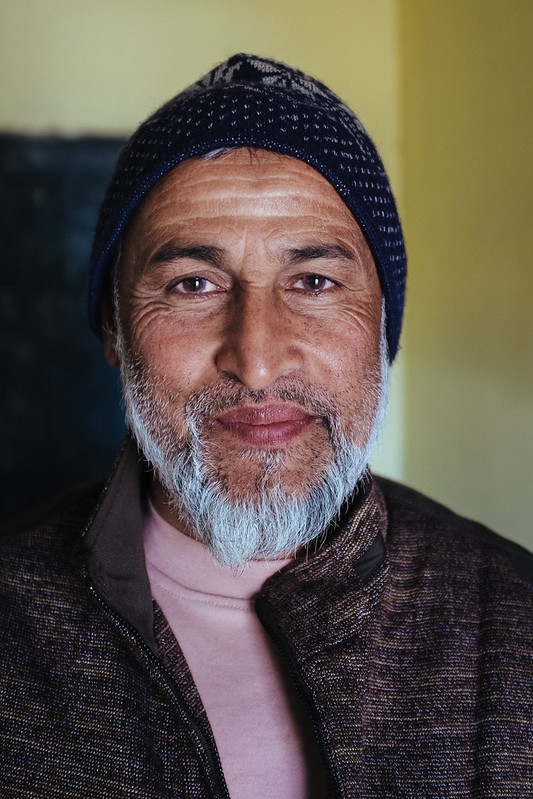 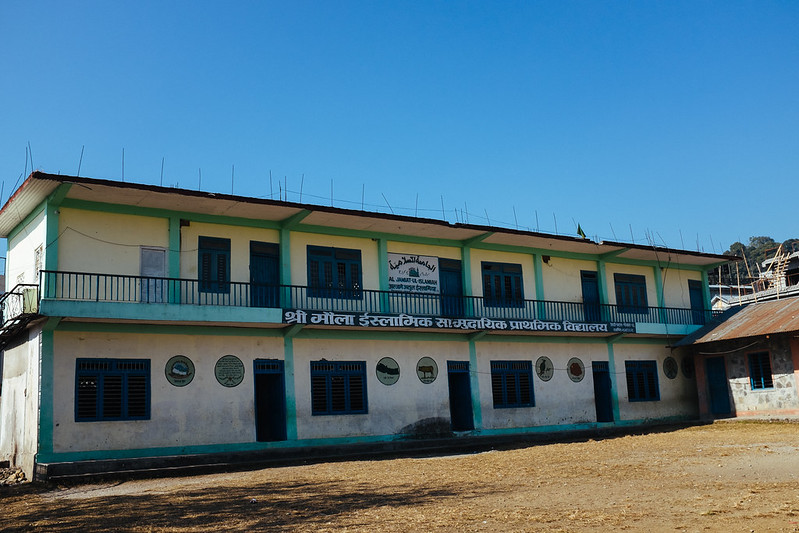 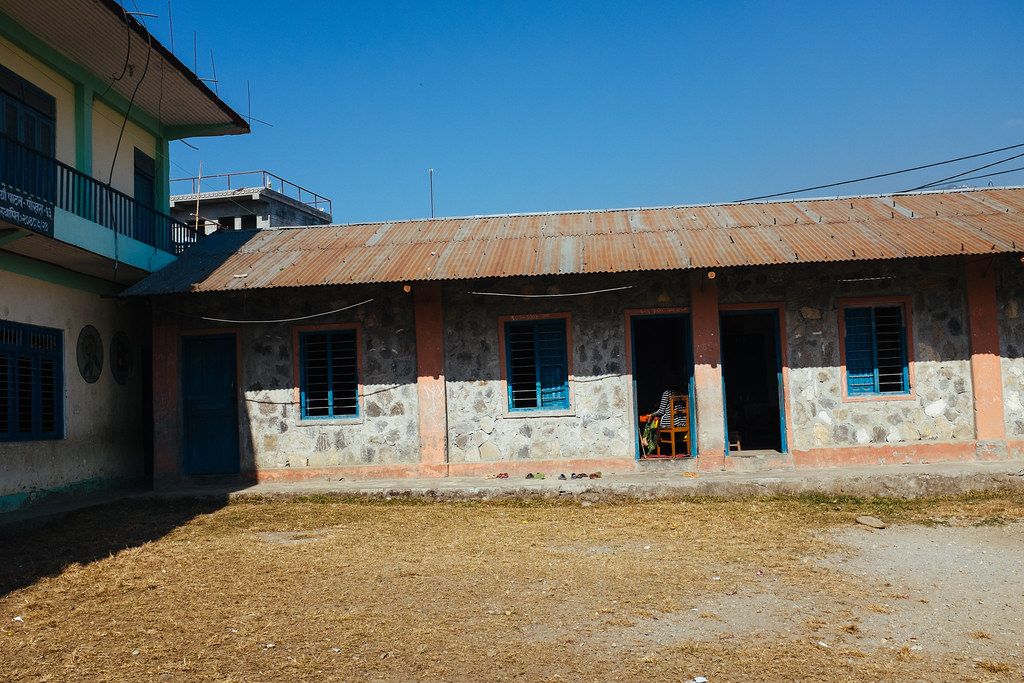 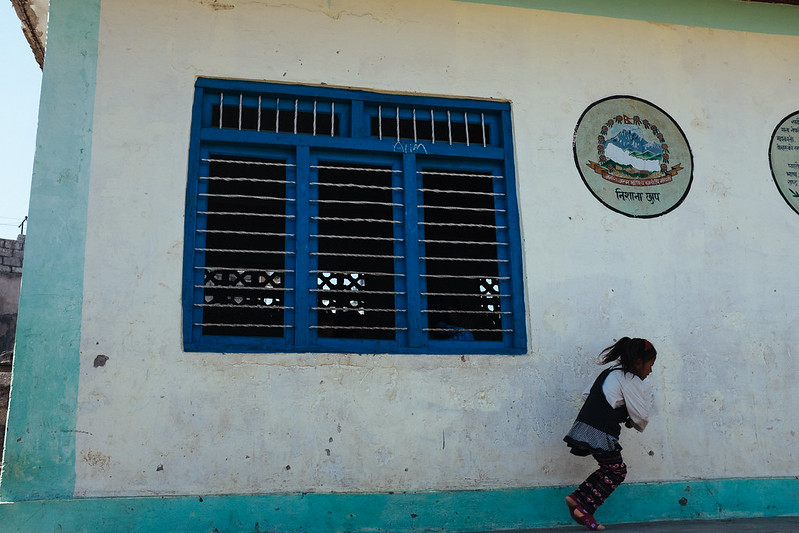 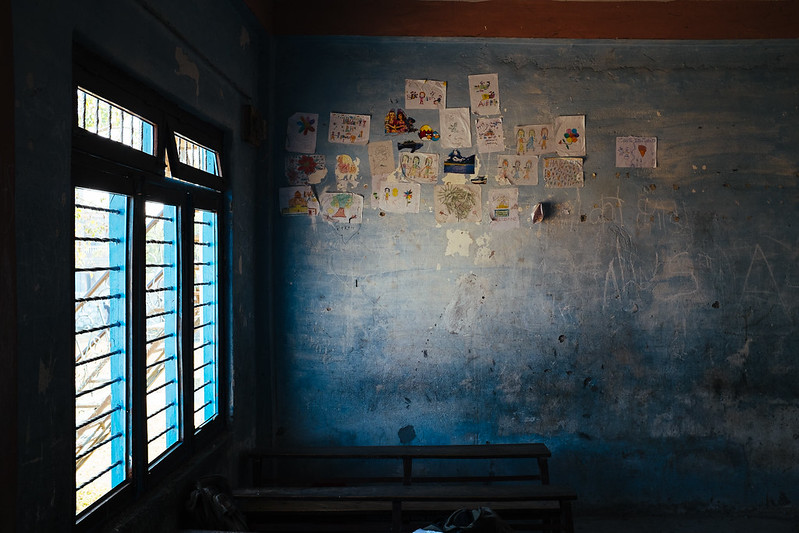 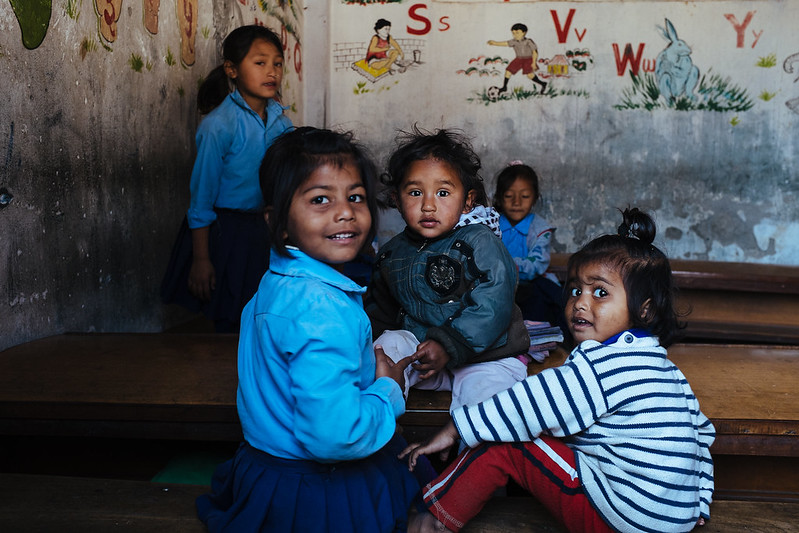 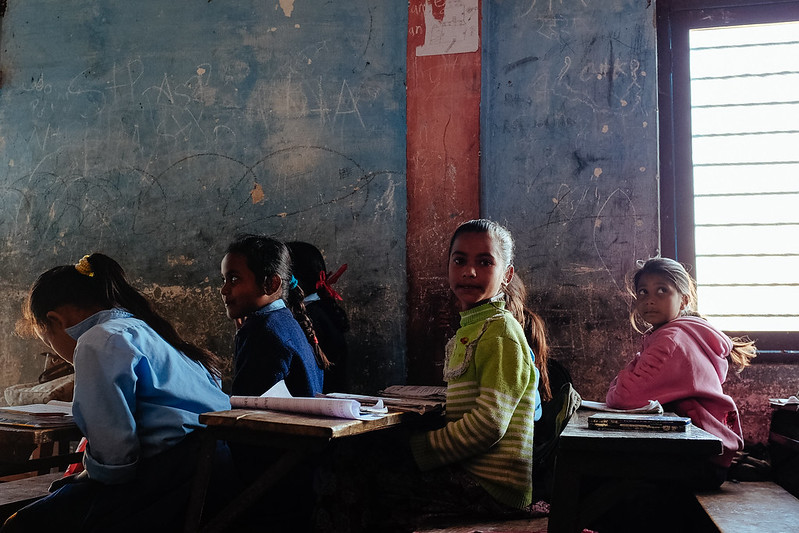 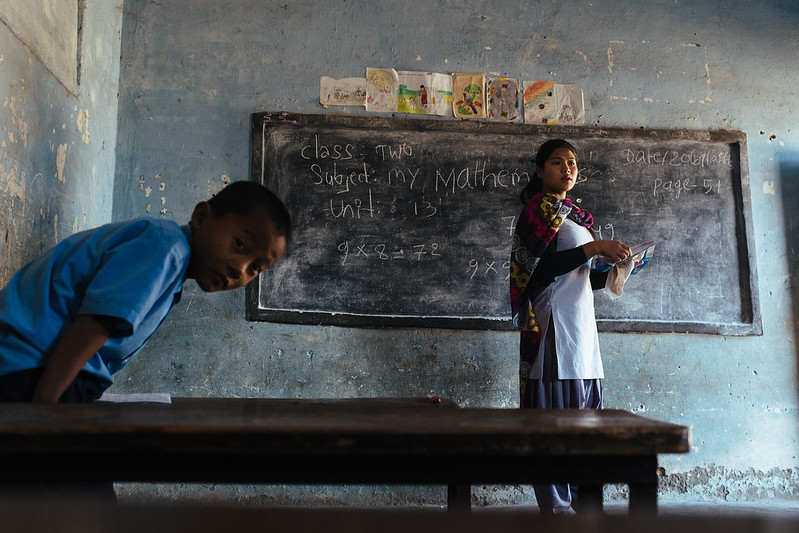 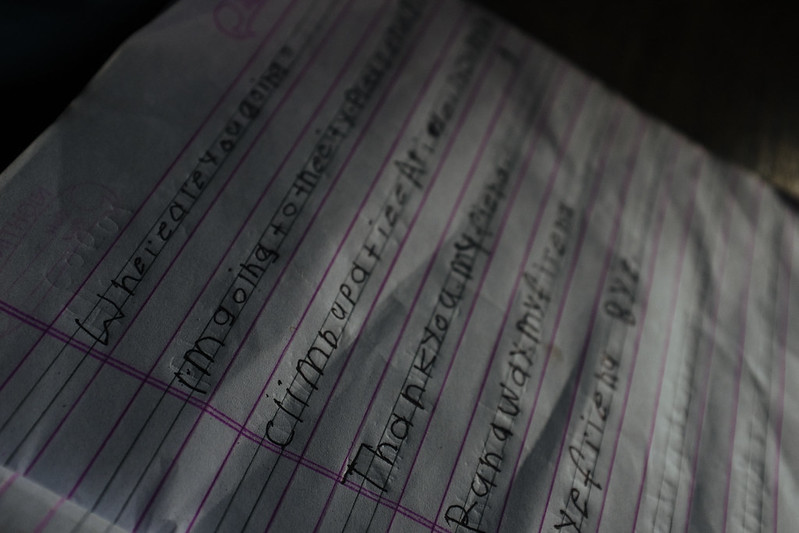 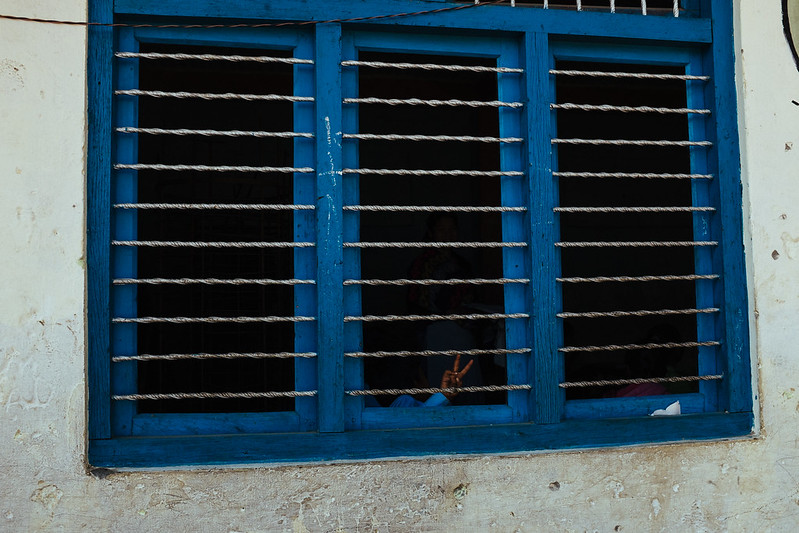 After few shots of the school and its environment, I suddenly became weak and I can’t continue shooting or do anything even just looking at the kids. Then, there was tears in my eyes, I put myself as a father of the kids where we don’t have other option to offer for the best education for our kids due to poor economic status. There were many out there where parent couldn’t afford their children to school. But you don’t have an option. As a father, I couldn’t accept this kind of failure.

The school conduct only 2 hours a day for religious teaching and the remaining time if for national education. There is about 200 student and only 3 teachers.