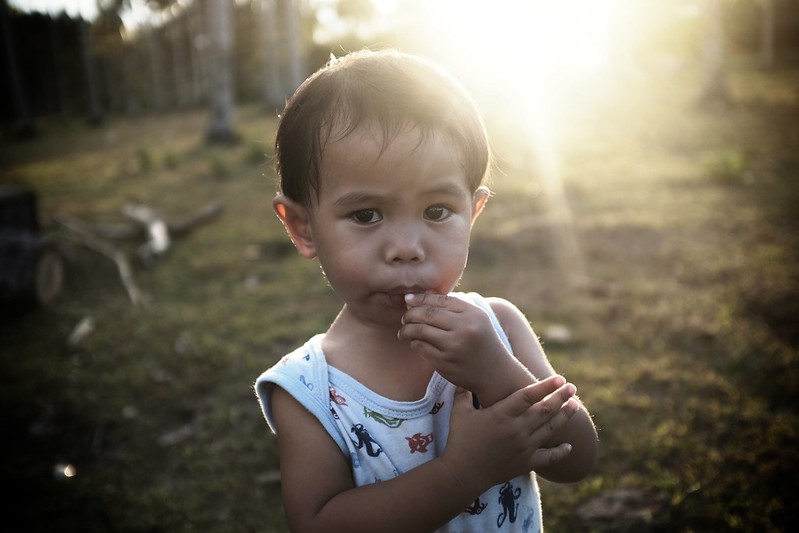 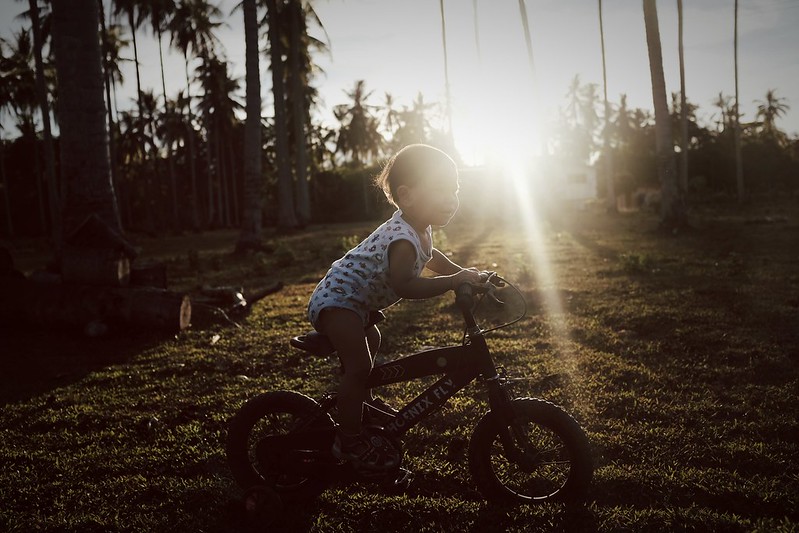 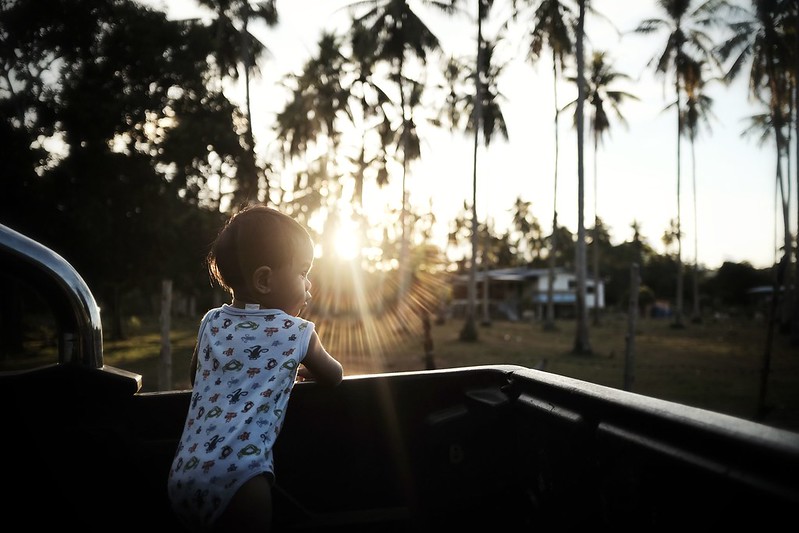 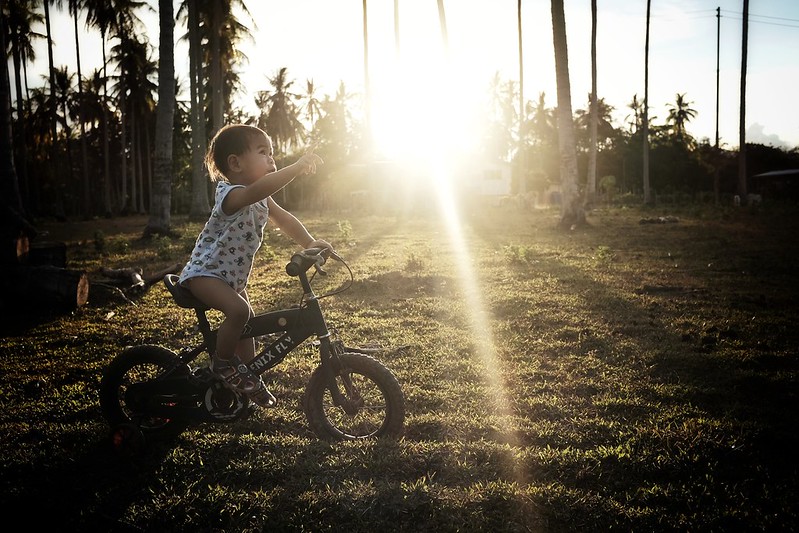 When we compare the workflow of a photo let say 5 years ago, things has been changed a lot. When we shoot with camera, we do have an options for our jpeg output like Black and White or Sephia etc. But the latest camera (talking about Fujifilm) nowadays have another option called Film Simulation. My first 4 months of using Fujifilm X-Pro 1, I shoot with “Astia”. I like the effect how it deepen the shadow area and pops out the colour but not too much which suits my taste. This Film Simulation effects will do nothing to your RAW file. With X100T, I think I’m in love with the Classic Chrome, it appear to be a default film simulation in my camera which I use almost all the time except when I shoot in black and white. After the shooting, you need to transfer your images to your computer, do some editing to enhance the photo and share your work in Facebook or other social media.

Then the WIFI feature introduced in most of the camera nowadays. We can now install apps to our phones or tabs and connect to our camera. When connected, we can geotag, browse and fully control a “live” remote shooting with it. The images can be shared straight away after the shooting without transferring images to a computer. It actually cut down the workflow that we used before. The are dozens of photo apps can be downloaded providing amazing photo enhancement. For me, by the time I write this post, I’m using Snapseed, Afterlight and VSCO cam, there are some limitation with these apps, but not a big issue if those images intended just to be share on social media.

Image above taken with Fujifilm X-Pro1 with YungNuo RF603 triggering Nikon SB600. I didn’t plan to do any shooting that night, but I found a Lastolite Ezybox Hot Shoe Plate belong to a friend in my car boot. It was very light & had a hole just in case you want to use umbrella instead of soft box (someone please confirm me about this). So I decided to give it a try with my 24×24 soft box. My triggers flash sync is 1/125, set aperture to F2.8 and adjust my flash manual until it gets the effect I wanted. I was shooting myself at the beginning, and this baby boy just awaken from his sleep. It ended up me shooting him while my wife holding him to make him stay calm for a while.

It has been a while since my last post about our new comer in our family, Hakeem. This picture was taken on his 17th day after he was born. For about two weeks he has been fighting with jaundice, warded for about 18 hours in the tube. He was discharge after seeing positive progressive, but still we need to bring him to clinic for blood sampling about 3 times a week. Alhamdulillah he is now becoming better day by day. Thanks for the tips given (on Facebook) which helps alot to reduce the his jaundice.

“Jaundice is a common condition in newborns, it refers to the yellow color of the skin and whites of the eyes caused by excess bilirubin in the blood. Bilirubin is produced by the normal breakdown of red blood cells. Normally, bilirubin passes through the liver and is excreted as bile through the intestines. Jaundice occurs when bilirubin builds up faster than a newborn’s liver can break it down and pass it from the body.” – kidshealth.org

Actually, these are collection of my favourite picture i took recently. However, those picture has several issue that it doesn’t speak like the other 2 images in my previous post. Sometimes, we are there at the right time, good lighting and you can’t miss the shot. But capturing with natural light need you to be quick especially during golden hour as the sun can’t wait us to clean up things (background/foreground), to stage or to arrange certain kind of thing. Even though it has several weakness, it does speak. I didn’t missed the expression & mood. It is good enough to print it and put it in our family photo album

I can’t describe how i really love backlighting. When I travel around, I always scout the best place for backlighting. There are actually countless good backlighting spots between Kota Belud and Kudat.  Most of the spots are located just by the road site, but we still need to enter locals compound to be able to get the best composition. Kota Belud offering backlight with paddy field and chances to get some nice reflection too. When i drive back and fourth to Kota Marudu from Kota Kinabalu, I always want to stop by and take some picture. Time constrains, bad weather and most often is to pass this route not at the right time are the reason why i still have no photo of it until today.

Anyway, these are some backlight shots i managed to get recently at Kg. Indrason, Matunggong.

About the pictures above, all are taken with available light. The trade off for backlighting is we can’t really preserve clouds detail and it will appeared clipping highlight in our histogram. Those images then post-prosessed in Lightroom with VSCO Film Pack 04 presets.

I’ve been inspired to do this shot by a good friend mine, Wazari Wazir. He shared his secrets in his blog, and i just can’t believe he manage to get the images without any studio equipment. So today with the curiosity in my mind i took few shots of my newborn baby boy just to see whether i can get the same result with just minimal set-up.

The set-up is really simple not as hard as to keep our baby remained calm. It was very quick shot, not more than 2 minutes before our baby break the silence.  You can actually “find” the newborn photography tips by Wazari Wazir in his blog (click here), just spent few minutes to dig in his blog to find the treasure. I’m pretty sure you will learn something along the way.

As the title suggest, Alhamdulillah, my wife safely delivered our second child on 10th August at 0955hrs.

At 0700hrs that morning we registered at Delivery Ward as suggested by our doctor. While Delivery Nurse preparing for cardiotocography (CTG), i asked her if it is allowed to bring camera into the labour room. And yes, I got positive answer. While in the labour room, the doctor keep encourage me to take picture & record videos too. On my first child’s birth, i didn’t bring camera to document it. Not because it was prohibited, but i was nervous be a father for the first time.

I do not have access to roam all over the Delivery Room while the operation is in progress. Prior to the operation, i have made decision to use 14mm lens (21mm FF equivalent). Actually i was thinking to bring 2 body with 35mm & the 14mm lens attached. But my Nikon D90 with (35mm lens attached) produce noisy shutter which i’m concerned not to disturb the progress of the operation. So i decided to only use Fujifilm X-Pro1 with 14mm lens attached as the mirrorless camera produce quieter shutter sound. I do have a Fujinon 35mm, but i don’t want to get busy to switch between the lenses. Furthermore, i don’t have any idea yet about the space for me to do photography inside the Delivery Room. Without risking myself to missed the shots because i had not enough space for the 35mm lens, therefore i choosed 14mm as my best companion at that time.

I’m glad now i had taken the moment of his birth even though it was not the best angle. At least, i have something to show him in future.

I’ve been fascinated by tons of backlight photos over flickr & 500px users. In my opinion, backlight images creates more impact on the subject mood.

The backlight can be a natural or artificial source of light. When artificial, the back light is usually placed directly behind the subject. Backlighting helps to provide separation between the subject and its background. Backlighting will cause the edges of his or her hair to glow if he or she has fuzzy hair. This gives an angelic halo type effect around the head.

For the image above, i wasn’t planned to shoot that day until we made a stop at local grocery. While waiting for my wife to buy some stuff at the grocery, i realised that there is good quality of light from the sun and i see there’s a good spot just in front of the car park. It takes just second for me to ask my daughter to just stand at the point i want it to compose. I took several shots and it came out this image which is the one i’m satisfied the most, although it there was distraction from the leave in front with the lens flare. The catchlight on the eyes added bonus as we actually in the shade area. We couldn’t stay longer as the mosquitos keep on dining at my feet. The pose of my daughter was not posed by me, it was her spontaneous pose while i’m keep on shooting.

Check out my latest home studio set up with my daughter as talent. 🙂